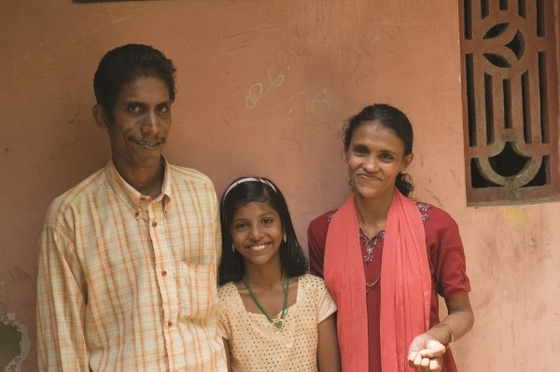 Janesh and Juhi fought continually until they heard the message of forgiveness through a GFA-supported radio broadcast. Like Tilak, whose story is below, these two were on the brink of divorce until God intervened and turned their lives around completely. Both families found healing and restoration in Jesus’ name.

No ‘Other Woman’ Anymore

Tilak, father of three, wanted to leave his wife. He had found another woman—one he thought could satisfy his desires, and he was willing to destroy his marriage because of it. For two years, his marriage grew steadily worse as he focused his attentions elsewhere. But while Tilak was on the brink of divorce, God intervened in his life: He sent GFA-supported pastor Barasaat to minister to him.

As the two talked together, Tilak realized Jesus could give him satisfaction in his marriage.

At Tilak’s request, Pastor Barasaat prayed. For an entire week, the pastor prayed God would restore Tilak’s marriage, and God did! Jesus blessed this couple with a spirit of love and unity. Their affection for one another grew rapidly as peace and joy filled their home once more. That very weekend, the couple started meeting with others in the village to learn more about Jesus from Pastor Barasaat.

As they witnessed God blessing their marriage and helping them fall in love once again, Tilak and his wife fell in love with Jesus.

Read more about the life and ministry of Pastor Barasaat here.

Next: Bridge of Hope or Carpet Factories