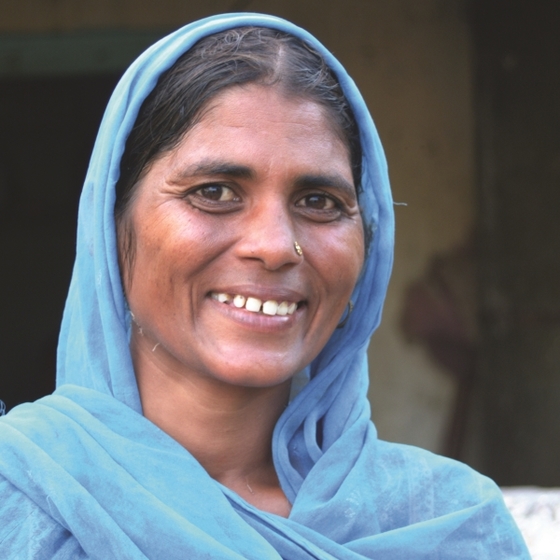 Through the prayers of a GFA supported pastor, this woman’s health was restored, and she found freedom and restoration in Jesus. Like Kamna, many men and women have little hope, and few know lasting hope even exists—but God is moving through His servants to touch hearts and change lives.

Your prayers for GFA-supported workers make a difference—thank you!

The Cure She Never Found

Kamna had spent a great amount of money on hospital bills, doctor visits, traditional medicines and home remedies, but nothing could cure her. Her body still bled. It was embarrassing, and there was nothing she could do to fix it.

But after 10 years of torment, help arrived in the form of a piece of paper and the prayers of the woman who carried it.

The Woman Who Was Scorned

Not far from Kamna there lived a woman named Disha, whom few in the village liked. Disha had been abandoned by her husband years before and had become a GFA-supported missionary a few years later. She and her son lived in Kamna’s village, where they regularly gathered with a small group of men and women to worship Jesus.

Although many mocked Disha, Kamna felt comfortable around her from the first day they met. The two talked about Jesus, a conversation sparked by some literature Disha had with her that day. Kamna listened, then told the missionary about her bleeding problem. Comforted by Disha’s words and compassion, Kamna decided to visit Disha’s church.

Kamna didn’t attend just the weekly worship services; she also came to Women’s Fellowship meetings and any other times of prayer. The believers earnestly prayed for Kamna’s well-being with each visit. Disha even visited and prayed for the ailing woman twice a week. And God answered their prayers and healed her of her bleeding!

Though Kamna never found a cure on her own, the One with the cure found her—and her life has never been the same.