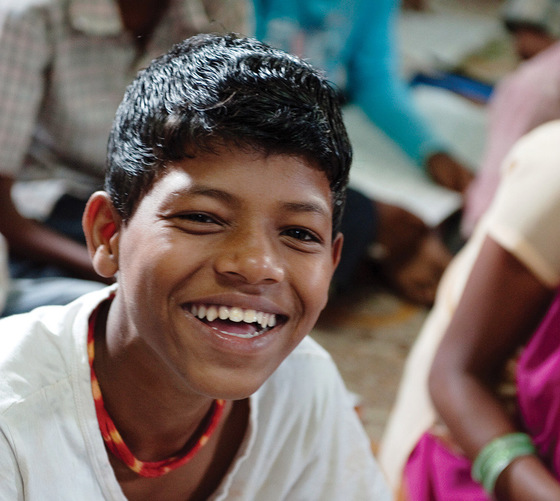 Untouchable? Not to Bridge of Hope

Nobody wanted to be around Raza—not on the street or when he was at school.

Because of the low caste of Raza’s family, the boy was considered “untouchable.” His family was not even allowed to visit the local temple.

Raza’s father works cleaning people’s toilets and sewage drains, while his mother stays home to take care of Raza, his three brothers and four sisters. Their father earns very little money to support them, so from a young age, Raza went out to look for odd jobs to help his family. He did everything from herding pigs to going door to door playing a drum.

One day, Raza’s mother heard some children talking about the Gospel for Asia Bridge of Hope centre they attended. She wasn’t sure if Raza would be accepted because they were untouchable, but she decided to try. So she took Raza to the centre and explained their situation to the staff.

To her amazement, Raza was admitted to the centre, and his life began to change for the better. He enjoys memorizing Bible verses, and his studies are important to him.

At the Bridge of Hope centre, Raza and the other students have learned that they are equal in God’s eyes, and this has helped them relate to one another. They are learning not to look down on people because of the societal position they were born into. The staff members teach them to respect others, knowing that the Lord loves each one of us equally.

Without Bridge of Hope, Raza most likely would not have been able to attend school. Not only is he now excelling in his studies, but he and his family also have had the opportunity to hear that Jesus loves them and died for them. God is transforming the lives of children like Raza, and your prayers and support of Bridge of Hope are making that possible.

Previous: The Time Was Now

Next: Delivered from Darkness to Light