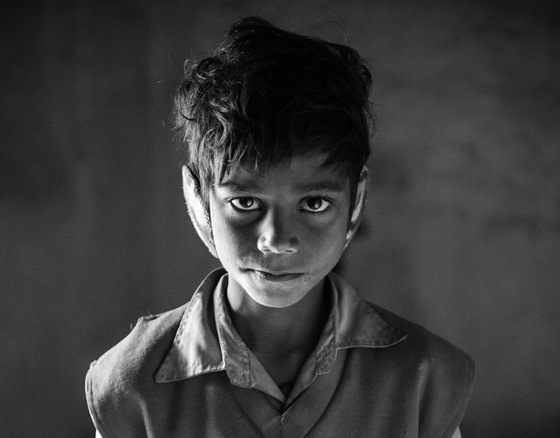 Delivered from Darkness to Light

Harish didn’t know what to do anymore. His son, Abhay, had become ill so suddenly.

It started when Abhay couldn’t sleep one night. It’s fairly common for people to have sleepless nights every now and again, though. It wouldn’t have seemed like anything to worry about—except that the next morning, while Abhay was getting ready for school, he fell abruptly to the ground, screaming in pain. Harish didn’t know what could be wrong with him, so he and his wife rushed Abhay to the nearest hospital.

When they arrived, the doctor checked Abhay but couldn’t find anything wrong. So Harish took his son to a different hospital. The doctors there didn’t know why Abhay was in pain either, but they decided to keep him and run some tests. Fifteen days later they still couldn’t find the cause of his strange condition, so they discharged him and sent him home.

The family returned home, and Abhay’s symptoms began to grow worse. Spells of unconsciousness often overtook him, eventually causing him to stop attending school. Fear gripped Abhay because he didn’t know what was happening to him, and he began having panic attacks.

Some relatives suggested that Harish take him to the temple miles from their home. It was the only option the family felt they had, so they made the trip to the temple. They stayed for a week and made many sacrifices, but nothing changed. Finally, Harish realized that Abhay was being attacked by evil spirits.

There Is Freedom in Christ

The family returned home discouraged—they had nowhere else to turn. But one day Harish’s wife, Ramya, met Gospel for Asia pastor Natwar and shared her son’s problem with him. He invited the family to attend church, and that next Sunday, Ramya brought Abhay to the service.

They entered the building and heard the believers already singing and worshipping the Lord. Abhay immediately became restless. He fainted and remained unconscious for 20 minutes.

When he woke up, Pastor Natwar was speaking on trusting in Christ.

“We must believe that God can free us from our sin because He promises us that He will!” he said. Abhay listened closely.

A few days later, he was attacked again by the evil spirits. Harish and Ramya immediately called for the pastor to come pray over their son. When Pastor Natwar prayed, the evil spirit left Abhay.

Ramya realized that they would not be able to travel the long distance to attend church every weekend, so she asked Pastor Natwar to lead weekly prayer meetings in their home. As believers gathered to pray there, the evil spirit gradually stopped attacking Abhay and eventually never came back.

Seeing the deliverance, Abhay’s whole family chose to embrace Christ as their Saviour, and the prayer meeting they held began growing in number. The villagers didn’t like the fact that more people were choosing to follow Christ, so they excommunicated Harish and his family from village society and even refused them access to the village well. But through the trial, the family never stopped following Christ.

Eventually the villagers stopped opposing them, and they continued hosting prayer meetings. Twenty-seven people have come to know Christ through the testimony of Abhay and his family.

“When I was possessed by evil spirits, my heart was filled with pain and hurt. But now I want to give all the glory and honour to the Almighty God, who delivered me out of all those pains,” Abhay says, sharing his story with others.

Abhay participates actively in the local church, even playing the tambourine during services, and he plans to attend the local GFA Bible college this semester.

Previous: Untouchable? Not to Bridge of Hope