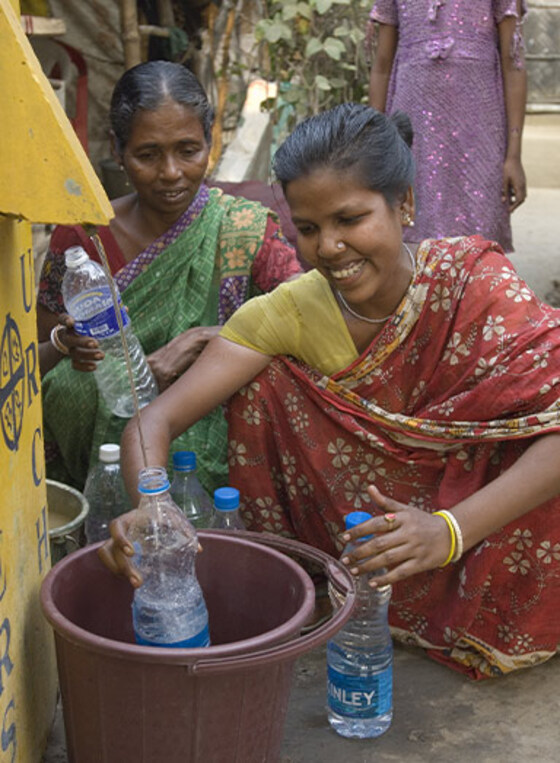 BioSand water filters are an effective gift to families who have access only to unclean water, removing 98 percent of impurities. Filter recipients often share the gift with their neighbors, too!

Kalin put in long hours working as a daily wage laborer in a tea garden. Day after day he toiled for meager wages, struggling to meet his family’s basic needs.

The remote village Kalin lived in offered little hope for improvement. They had no electricity and, worse, no pure water.

Kalin’s family, like the rest of their village, depended on a small river as their water source for drinking, cooking and cleaning, but the dirty water created a host of problems. Many people in the village, including Kalin and his family, suffered from frequent sickness.

Their situation bred anxiety. How could they go on living like this? What could they do?

The answer came when GFA pastor Elazar happened to visit Kalin’s house. After hearing their woes, Pastor Elazar encouraged the family from God’s Word and offered practical help: He told them of a water filter that could bring joy and health by removing 98 percent of impurities from their water.

After giving them a BioSand water filter, Pastor Elazar continued to visit the family, praying for them and encouraging them. His concern moved their hearts, and Kalin and his family soon chose to follow Christ. With clean water and clean hearts, this family has a fresh start.