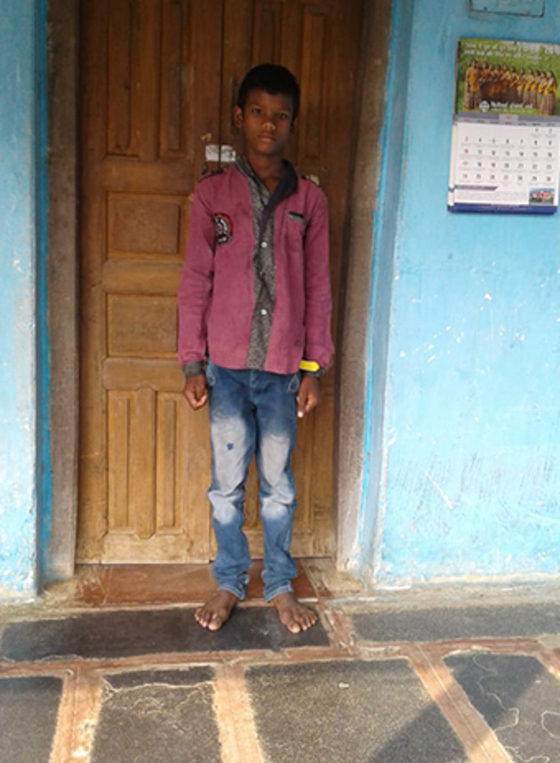 Attending a VBS Program and hearing the story of Zacchaeus started a transformation in the life of Pelo (pictured).

Pelo listened to the story of a man who climbed a tree to catch a glimpse of Jesus. When Jesus called the man down, a life-changing event ensued. Would Pelo experience the same kind of transformation?

Pelo’s parents didn’t have easy lives, and Pelo, 12, didn’t make their lives any easier. Pelo’s father and mother worked hard to send Pelo and his two younger sisters to school. But Pelo often argued with his parents and disobeyed them. Their hard work didn’t earn the boy’s respect.

One day, while Pelo was playing at home, a friend came by and invited him to join the Vacation Bible School program GFA pastor Raff was leading. Pelo walked to the church, where he saw a group of children singing and dancing to action songs.

Pelo came back day after day to listen to stories from God’s Word, learn about Jesus and sing. The story of Zacchaeus, a man whose joy at meeting Jesus led him to repentance, stood out to the boy. Whether he realized it or not, Pelo was starting to change, too.

At the end of the week, Pelo told Pastor Raff, “I will come to Sunday school … because I feel good and I like to know about Jesus, and I also like to learn songs and dance.”

After just one week of VBS, Pelo’s parents noticed changes in their son’s behavior. He listened to and obeyed them instead of arguing. Amazed, they visited the church.

“After coming to your church, our son’s behavior has changed,” they told Pastor Raff. “We really thank you for your classes and for conducting such a blessed program here.”

Pastor Raff told them about Christ’s love, the force that drove his ministry and that had sparked a change in Pelo’s life, and invited them to the church to learn more.

As Pelo and his parents began attending worship services at Pastor Raff’s church, Pastor Raff visited them to pray for them. After two weeks, Pelo and his whole family began to trust in Christ.

Through one VBS program, a child, like Zacchaeus, found a life-changing love that impacted others. Thank you for partnering with national missionaries so they can help children experience the grace of their Creator.