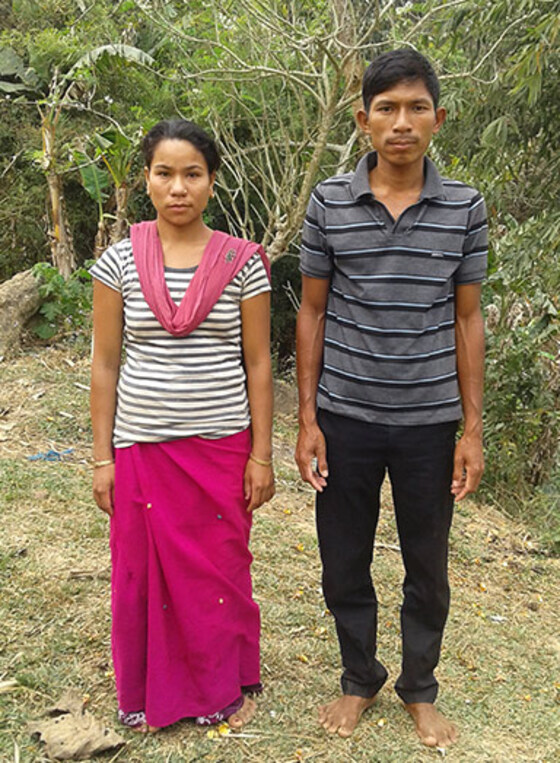 Seamore and Seida were united in their decision to learn more about the God of whom Pastor Nefen spoke. Now they have a relationship with Christ.

Another year came and went; another animal was purchased and sacrificed. Seamore and Seida thought they needed this sacrifice to ensure blessings on their family.

The husband and wife, residents of a rural village, cultivated rice and various other crops. To preserve their safety and prosperity—and perhaps to assuage the fear of losing a harvest—Seamore and Seida sacrificed animals in hopes their deities would bless them.

Then one day, Seamore and Seida heard a knock on their door. GFA pastor Nefen stood outside. Like other GFA pastors, Pastor Nefen saw to the needs of his community and offered people help and hope. As the pastor shared about God’s love, Seamore and Seida listened. A strange feeling washed over the pair. It was a feeling, Seamore told his wife later, he had never felt before in his life.

Pastor Nefen offered the husband and wife a New Testament. After he left, a newfound desire urged Seamore and Seida to open it, and as they read, the miracles of Jesus amazed them, further igniting their desire to learn more about God.

“I do not see any solution after following the world’s way,” Seamore said, “but if we receive the Lord, we will experience the love of God.” Seida felt the same way. She, too, wanted to leave behind the unfulfilling ways of their past, which had lacked God’s presence, and follow the Lord.

Three days later, Pastor Nefen received a call from Seamore and Seida. They wanted him to come back because they had decided to devote their lives to following the Lord. Soon, Pastor Nefen and some believers from his church visited the couple’s home. Prayers, songs and praise filled the house, and Seamore felt as if the Lord Himself had come down and inhabited their home for a brief moment.

Through Pastor Nefen’s sincere example of God’s love, Seamore and Seida now fellowship with their newfound brothers and sisters in Christ, growing daily in the knowledge of His love. They no longer need to sacrifice animals in attempts to find love and security; they live and grow in the love of God daily.