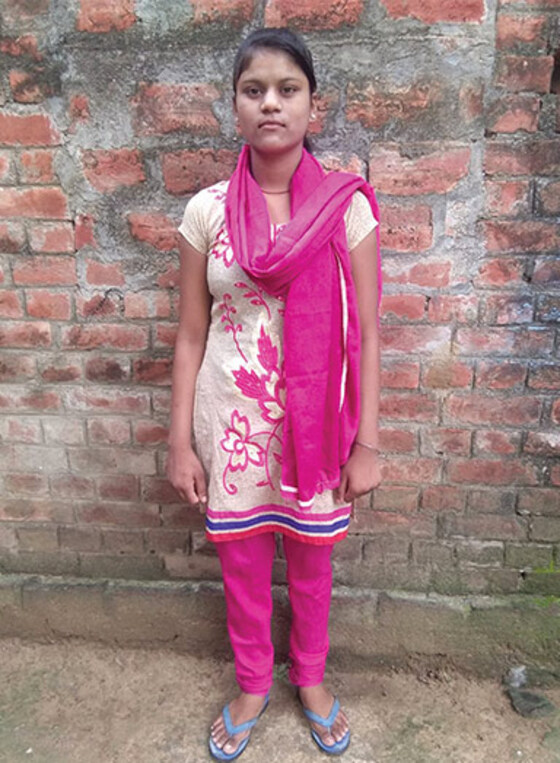 As one of six children, 8-year-old Gailya was familiar with poverty. Her father, Rainald, worked hard, providing for Gailya and her siblings as best he could. But his meager earnings could not meet every need. Hunger and destitution followed Gailya, slowly blotting out her hopes and dreams for the future.

A Wish for Something Better

Many women in Gailya’s village had dropped out of school when their family’s funds could no longer support their education. They became laborers, working hard to earn what little money they could to feed themselves and their families. Would that be Gailya’s fate too?

Gailya’s father, Rainald, worked as a driver. Gailya’s mother was blind, typhoid having claimed her sight and left her unable to work since Gailya was 8. Rainald was left to shoulder the burden of providing for the family.

With limited funds, Gailya was the only one from her family who went to school. Her school supplies were old, and Gailya had worn the same clothes and shoes for years. She didn’t even have a backpack; she carried her books in a small plastic bag.

Gailya mainly kept to herself, and her grades were on a nosedive. It grew ever more likely that Gailya would, like many other girls in her village, drop out of school and become a laborer.

Then, Gailya got the chance to enroll in GFA World’s child sponsorship program. The shy girl joined other children and began a journey that would change her life.

Upon her enrollment, the staff provided Gailya with proper school supplies and clothes, ensuring she was sufficiently equipped. She also received much needed food, which she may not have gotten otherwise. GFA workers provided tutoring for her lessons—decreasing the chances of the young girl becoming a drop-out.

After six years in the program, Gailya grew from a fearful, uncertain young girl into a teenager sure of herself and her future. Her grades drastically improved. The care Gailya received through the child sponsorship program chased away the hopelessness that had once haunted her—and the likelihood that a life of a laborer was all she had to look forward to. Now, Gailya possesses hope for her future, the opportunity for a better life well within reach, made possible thanks to the child sponsorship program and generous supporters of GFA World.