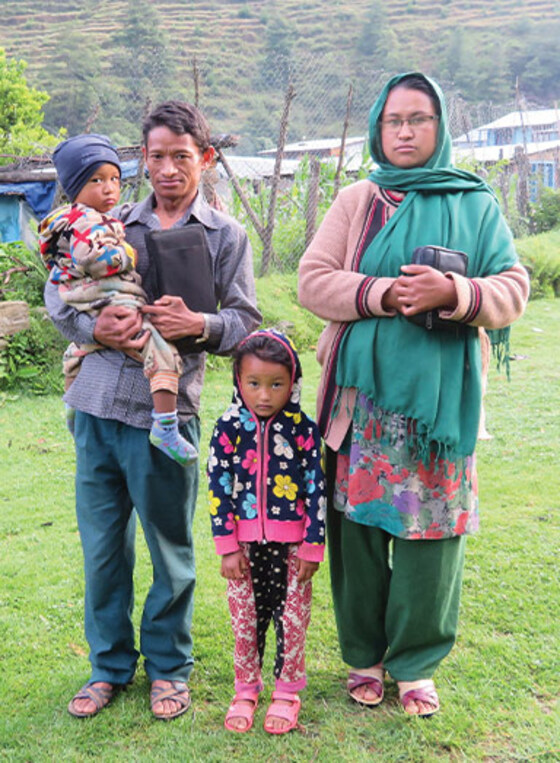 Kees (pictured), now a national worker, serves Jesus in a cold region with his wife and children.

Sharing God’s Love in Every Season

In GFA worker Kees’ remote village, everyone traveled by foot. With winter upon them, nighttime temperatures dipped below freezing; Kees was ill-equipped to travel in the cold, but he was willing. People needed the warmth of God’s love.

As a child, Kees had experienced a devastating inner chill. When he was 12, his whole family became seriously ill—his parents, five siblings and himself. With no hospital and no transportation, Kees’ father brought home witch doctors in hope of relief. Instead, things grew worse. Six family members died, leaving only Kees and his father, Gavan.

Sorrow, pain and bitterness flooded their hearts. Traumatized, Gavan took Kees to a foreign land, running away from the inner turmoil. But the ordeal continued to haunt them. Unable to escape, they soon returned to their native land but not to their home village. How could they return to the place that had caused so much pain? Instead, they settled in a neighboring village.

Then the past haunted them once more: Kees became sick.

But this time something was different. Gavan had become a believer and called GFA pastor Baden to pray. After two hours, Kees was healed! Amazed, Kees and his wife put their trust in Jesus.

God eventually stirred Kees’ heart to enter full-time ministry, and after graduating from Bible college, he served under Pastor Baden. But the cold still hindered him. How was he to share Christ’s love through chattering teeth?

The answer came unexpectedly through the gift of a warm jacket.

“I thank [the church] for this essential gift,” Kees said. “I was really in need of it. … I [can now] experience warmness.”

With armor against the cold, Kees can overcome the frigid obstacles to share God’s love in every season.

Next: A Skeptic Finds Hope