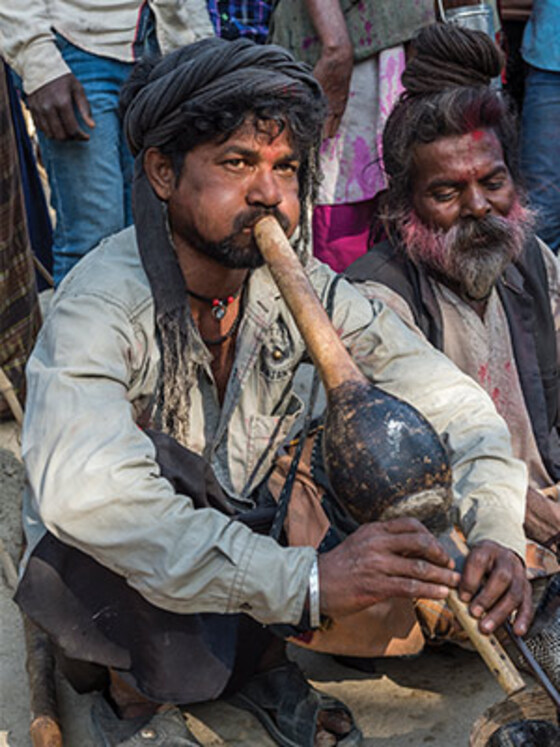 Snake charmers in Asia often face poverty and stigma, and they see little hope of pursuing education or other professions.

At 20 years old, Raddford’s entire world revolved around the catching, taming, training and raising of snakes for snake charming. Nearly every member of Raddford’s remote village depended on wooing snakes to dance in front of an audience for their livelihood.

Around 200 children lived in Raddford’s village, and none attended school. They hadn’t ever seen a school before. Raddford probably hadn’t either. Outsiders rarely set foot within the village, not wanting to associate with those who caught snakes for a living. The only way parents could make money and provide for their families was to travel outside the village and ply their trade, which paid barely enough to sustain themselves.

One day, several GFA workers entered the village, handing out literature and inviting people to see a movie that night. It was a rare occasion for outsiders to visit, and even rarer for them to show a film.

Almost every villager showed up to watch, including Raddford. A story unfolded on the screen before their eyes, the story of a Man called Jesus. They saw how Jesus uplifted the broken and the needy and granted them new life in Him.

“We do not have any relationships with outsiders due to our culture,” Raddford said. “I am suffocating in this culture. I do not want to live here. I want to become like you people, … living a respectable life.”

The workers went back to their leaders and shared the story of the village. Extreme poverty smothered the villagers, they explained, and their children possessed few prospects. What could they do to help?

A few months later, teachers from GFA World’s sponsorship program made their way to the village to provide the children with the guidance they needed to reach a better future. Through the children, the village could be lifted out of poverty.

The entire community thanked the workers for visiting them and for not being blind to their needs. Raddford, inspired by the workers’ example and encouragement, desired to achieve a better life for himself. Thanks to the team showing a film, a village’s fate could be altered, and an entire generation’s future could be ensured.