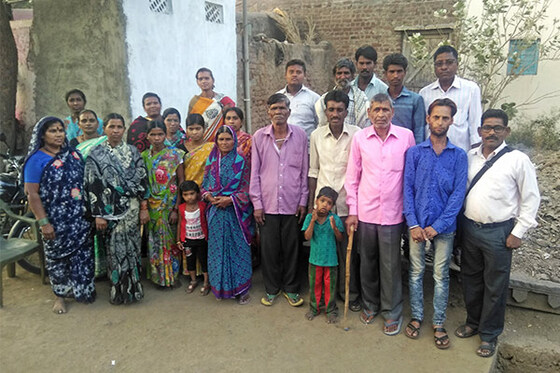 Most families in Lachlan’s village (pictured) had to use the fields as their toilet until GFA World helped construct 22 outdoor toilets.

Lachlan watched his wife, Favianna, lean on her walker, her movements stilted and slow. A disability severely hampered her ability to get around and take care of herself—and was especially challenging when she needed to relieve herself. For her, and many others in the village, the fields were their bathrooms, and full of peril. For Favianna, the open fields with uneven ground and no privacy were hazardous places for the woman to relieve herself.

The Needs of a Village

A poor day laborer, Lachlan’s earnings depended on the jobs he could find, which were mainly related to agriculture. With a drought that emaciated the village, jobs were few. Though Lachlan provided for his family as best he could, his poverty kept him from affording little else than the bare essentials—which didn’t include a toilet.

Most families in Lachlan’s village had space for an outdoor toilet, but they didn’t have the money to construct one. Lachlan wanted one for Favianna so she could more easily and safely relieve herself. Lacking proper sanitation facilities meant she and the other villagers risked becoming infected with diseases or becoming prey to wild animals and people who wished to take advantage of them.

Nearly every villager used the fields as their toilet. Even the elderly walked more than half a mile to defecate.

Then GFA pastor Sabien came to the village.

As he walked through the village, Pastor Sabien saw the telltale signs of poverty. The overall quality of life in the village looked abysmal, and when Pastor Sabien heard about the villagers’ struggles with sanitation, his heart broke. Nobody should have to live like this. 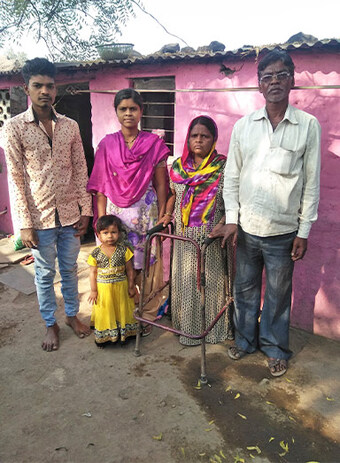 Lachlan, Favianna and their family (pictured) now have a safe place to relieve themselves.

After telling his leaders about the village’s needs for toilets, Pastor Sabien quickly received permission to construct sanitation facilities.

Soon Lachlan, Favianna and their family—along with 21 other families—had their own toilets. No more uncomfortable, exposed journeys to the fields to relieve themselves. Thanks to their new toilet, they—Favianna especially—needn’t stumble in the dark, exerting themselves and risking their lives to disease and predators just to defecate. Their new toilets would offer both protection and dignity.