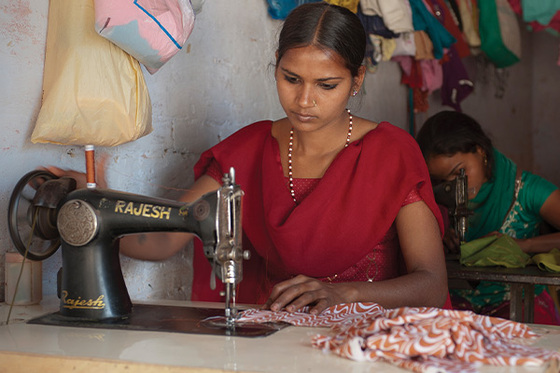 Anxiety chilled Mare’s heart. About one year after cancer took her husband, Mare noticed the same symptoms he had experienced—severe headaches and blurred vision. Mare already struggled to provide for herself and her two daughters. What would happen to her girls if she had brain cancer?

Mare prayed fervently to her deities, but she knew there was no cure. She was too scared to go to the doctor, and she hid her pain from her daughters for months. When she finally told them, her daughters were scared, but Pina, the older daughter, had an idea. There was a church in the village. “People go for prayer there,” Pina said.

Desperate for healing, Mare and her daughters visited the church. GFA pastor Serek and his wife, Bande, warmly welcomed the family. When Mare shared her concerning health symptoms, the entire church prayed earnestly for God’s healing. Mare trusted Jesus to heal her, and He didn’t disappoint. Mare sensed her pain shrinking; after two months, the Lord had completely healed her!

With strengthened faith, Mare and her daughters chose to follow Christ. Life, however, was still difficult. Mare’s job at the pencil factory provided for the family’s basic needs, but Pina had stopped school after 10th grade to reduce their financial burden and take care of the home. Would they ever have a life beyond poverty?

An Opportunity and a Gift

One day, Bande, who was an accomplished seamstress, offered to teach Pina to sew. Motivated to seize this opportunity, Pina diligently learned from Bande each day. Her skills grew, and so did her chance to help her family financially!

One obstacle remained, however. Pina didn’t own a sewing machine, and she couldn’t afford to buy one. Knowing the family’s challenges and the young woman’s diligence, Pastor Serek planned an event to help widows in the area, including Mare. Nearly 60 women received a sewing machine. Mare’s face beamed as she brought the sewing machine home, knowing the potential this tool had to change her family’s situation.

Pina began to sew clothes for the family, reducing their expenses. As she grew in her skills, she planned to one day sew clothes for others, too, so she could earn income.

Now, as Mare watches her daughter stitch away on the sewing machine, she knows it’s a gift from the same God who healed her and who wants to give her and her daughters a hope and a future.

Next: Fighting for Her Dreams