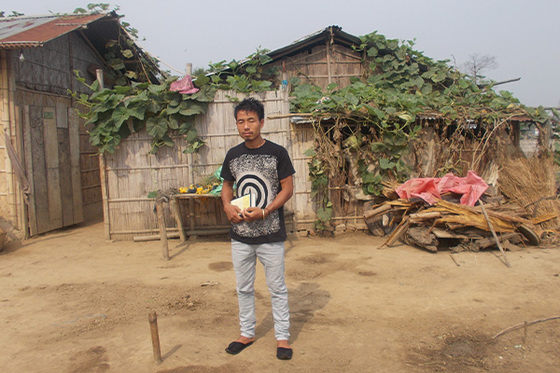 Abnor (pictured) found freedom from alcohol addiction after a GFA pastor befriended him.

A Young Alcoholic’s Desire for Change

Saer, a GFA pastor, was walking in his village when he met a short, wiry young man. Pastor Saer quickly observed something was not right with him. Maybe the pastor noticed the young man’s eyes were bloodshot, or his breath smelled of liquor, or his speech was slurred. Whatever clues Pastor Saer picked up, he deduced the young man was completely drunk. Would he listen to anything the pastor said?

The young man, Abnor, had lost his father years earlier. He lived with his mother and earned an income working as a driver. Abnor sought solace by seeking blessings from his traditional gods and goddesses—and drinking alcohol—but these didn’t give him the fulfillment, purpose or connection he needed.

When Abnor met Pastor Saer, his drunken state didn’t stop him from unburdening his desperation to the pastor.

“As I kept talking to him,” Pastor Saer remembers, “Abnor began to share that since he was addicted to alcohol, his health was going down day by day. Though he knew that it was harmful for his body, he could not stop his addiction to alcohol. He became helpless. Nobody loved and cared for him due to fear as well as his drunkenness.”

Seeing the young man’s desire to change, Pastor Saer regularly prayed for him. The pastor also encouraged Abnor, assuring him that God could help him change his way of life. Over time, Abnor grew closer to Christ, and his mindset shifted from resignation to determination to change. Gradually, the young man overcame his addiction with God’s help.

“It was hard for me to stop drinking alcohol,” Abnor says. “By the grace of God, my pastor, Saer, … supported me through prayer. Today, I could leave my drinking habit. I was addicted to alcohol for three years. Now, I am amazed that I am completely a changed man.”