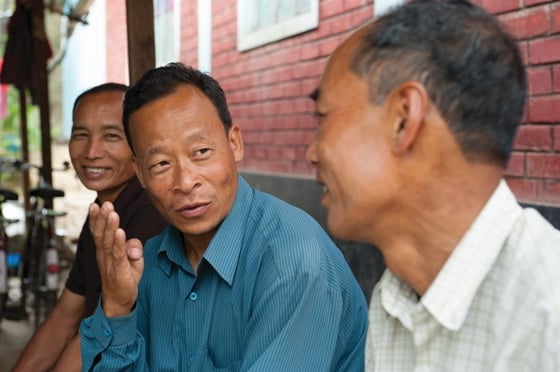 Pastors and national workers listen to people’s concerns and share wise counsel and encouragement with those who may have no one else to turn to.

Torun ignored his wife, Foolan, as he walked out of their home in silence. It had been four months since their last big fight—and since their last real conversation together. Refusing to speak to each other felt almost normal now.

Torun made his way down the road. It was Wednesday, which meant the weekly market would be open. Villagers there would probably talk about his marriage again. The couple’s issues were widely known, but the more advice people gave, the worse Torun and Foolan argued.

Soon, another man appeared on the road. GFA-supported missionary Benoy greeted Torun and, for the third time, accompanied him to the market. Pastor Benoy hoped that by befriending Torun he would be able to help the struggling couple.

Advice from a Friend

As Benoy and Torun walked together, Torun opened up to the pastor.

“If you would come to my home, you would know that my wife and I seldom talk with each other,” he said. “You might get shocked. How is the relationship between you and your wife?”

A smile crossed Benoy’s face as he thought of his beloved wife.

“Quarreling is a common thing among married people,” Benoy shared. “But there is also a solution.”

Benoy explained that although submitting to one another in love is not easy, it is right. Considering Benoy’s words, Torun invited him to come to his home.

A Home of Love, Respect

When Benoy arrived the next evening, Foolan sullenly walked out of the house. She assumed Benoy would take her husband’s side, but instead, he politely asked her to come inside and sit next to her husband. Then Benoy shared words of wisdom and prayed over them, showing respect to Torun and Foolan both.

Pastors and national workers listen to people’s concerns and share wise counsel and encouragement with those who may have no one else to turn to.

The couple observed Benoy’s kindness and realized how poorly they were treating each other. Weeping, they knelt together and committed to change their ways.

Thereafter, Benoy continued counseling Torun and Foolan from God’s Word, and the husband and wife grew in their love for each other—and for God. Now, they worship Him together and stand as a testimony to the village of Christ’s restoring power!

Next: The 11-Year-Old Woman of the House