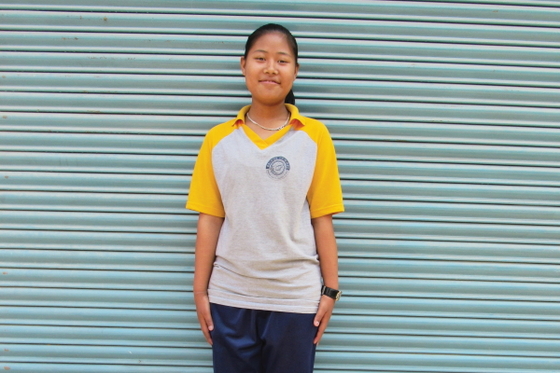 Although Ishya (pictured) was solely responsible for running her family’s household from age 11, she received the opportunity to pursue education and a bright future through attending Bridge of Hope.

The 11-Year-Old Woman of the House

Ishya gave one final stir to the supper she was preparing for her father and two younger siblings. A day full of chores neared its end, and the 11-year-old knew the next day would hold more chores. Laundry, meal preparation, watching her brother and sister—they were all Ishya’s responsibility.

Desperate for income, Ishya’s mother had taken a job internationally. In her absence, Ishya’s father turned his attention to the bottle instead of to his children. Although Ishya was only in grade school, running the household fell to her. She had to be the woman of the house.

One year later, staff members from a Bridge of Hope center in Ishya’s area discovered her situation and invited her to enroll in the program. Once Ishya began attending Bridge of Hope, the neglected girl received the care and encouragement she needed to thrive. Although her home life remained the same, her days in school and at Bridge of Hope shone with promise for a better future.

Already hardworking at home, Ishya applied her diligence to her studies. With the help of her Bridge of Hope tutors, she excelled in her lessons. Over the next several years, Ishya’s study habits and character became a role model to other children.

As a result of her hard work and the help from her Bridge of Hope tutors, Ishya received an A+ on her 10th-grade final exam—and a complete scholarship from her school to continue her education.

“She had a strong desire to achieve greater things in life,” says the coordinator of Ishya’s Bridge of Hope center. “Today, she has achieved one of her wishes.”

Ishya’s journey from running her home at 11 years old to now holding a scholarship was made possible by partners like you. Thank you for helping Asia’s children receive the support they need to pursue their full potential! Ishya’s life will never be the same.