Boys and girls are often robbed of their childhood when they must drop out of school and beg on the streets to help support their families.

Rayan, 10, and his little brother sat with empty bellies as their mother told them the news that would end their childhoods.

Although she worked tirelessly to provide for them, they had been starving for months. She told the boys they couldn’t go to school anymore. From now on, they would beg in the streets to pay for food for the family.

The word “beg” slapped Rayan in the face. The young boy knew that school was the only hope he had for a different future, a future that was slowly being swallowed up by despair and poverty.

The brothers began spending their days in the streets begging. While other children were singing songs in school, Rayan and his brother haunted busy marketplaces and crowded bus stations. Humiliation smoldered in Rayan’s heart as he longed desperately to attend school with the other children.

One day, Rayan passed by a building where he glimpsed a man inside. Rayan hesitated, thinking maybe the man would give him some money.

The man, a GFA-supported worker named Kanish, spotted the boy just beyond the door, out in the dusty streets, and called him inside. Kanish winced at the sight of the boy’s chapped and bloody feet. He was the picture of pitiful—dirty, torn clothes; disheveled hair; and a stench that preceded him. With compassion, Kanish offered Rayan a bath and new clothes. Later, Pastor Kanish invited Rayan to join the other children for Vacation Bible School. Rayan happily agreed.

As Rayan left, he felt a sense of dignity that had abandoned him on the streets. On his way home, he bought food with the small sum he collected that day, as he always did. He couldn’t wait to tell his mother about the nice man he had met.

VBS a Respite for Depressed Rayan

Over the next several days at VBS, Rayan found himself in a room full of children dancing and singing. He joined them and felt joy for the first time since he left school. Rayan colored, learned Bible stories, ate snacks and played games. He couldn’t remember ever having this much fun.

At the end of VBS, Rayan wanted to go to church to learn more about the Bible stories he had heard. He really loved the story about the boy named Samuel. He went the following Sunday and learned even more about God. 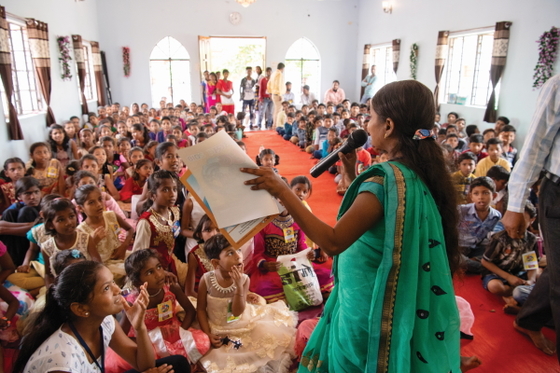 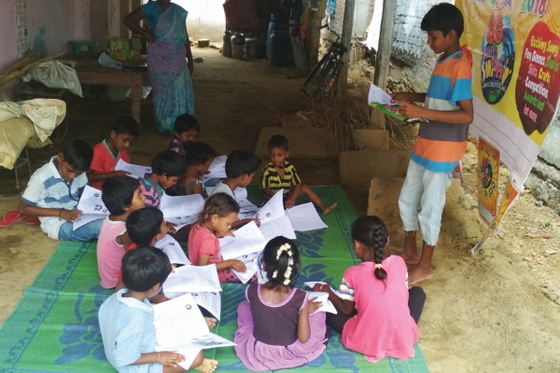 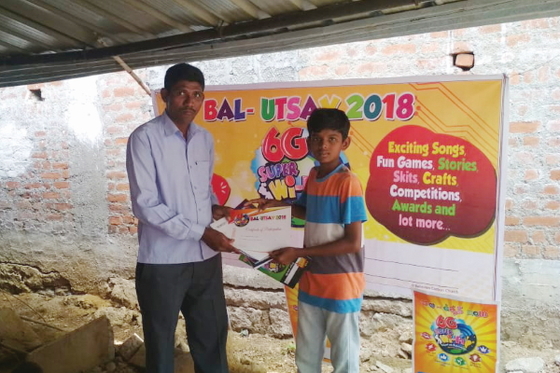 Vacation Bible School presents children like Rayan with a weeklong chance to just be kids—singing, dancing, colouring, eating snacks, and learning about the love of Jesus through it all.

After a few weeks, Kanish met with Rayan’s parents and helped get the boys back in school. Rayan relished the second chance at a real childhood.

Rayan’s mother found a new job in a rice mill that paid enough to support the family. The boys were able to stay in school, which opened new paths for their future. Although the family had to move because the rice mill was in a different town, Pastor Kanish visited and helped the family find a new church.

Rayan continued to attend church, joined by his mother and brother, and drew closer to the Lord. Love and gratitude have replaced despair and anxiety. Rayan knows that if it weren’t for Pastor Kanish and VBS, he would still be begging on the streets.

“I grew up in poverty, my life was very miserable, and I was good for nothing,” Rayan shares. “When my parents told me to go for begging I was really embarrassed and worried a lot about my future.

When I met Pastor Kanish, for the first time in my life, I wore new clothes and was loved and taken care of so much,” continues Rayan. “Now, I’ve stopped begging and am going to school. My fate has changed, and my destination is made clear after coming to [VBS].”

With a strong sense of new life, Rayan asked Pastor Kanish to give him a new biblical name to mark him as a child of God. Rayan is now called John, after the disciple whom Jesus loved.