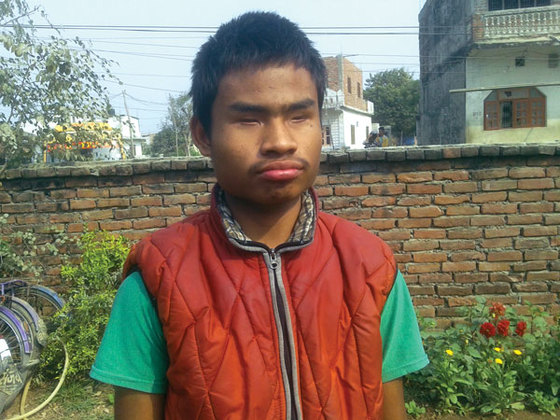 In the midst of an agonizing illness, Raj, (pictured) heard a radio broadcast about God's healing of Job. His life changed as he continued listening to more broadcasts and later developed a friendship with a missionary.

A provocative question tumbled out of Raj’s mouth: “If there is healing in Jesus, why should I not believe in Him?”

While the answer to this rhetorical question was obvious to Raj, it would soon drive a wedge into his closest relationships, making him a disappointment to people who had always stood by him.

Raj’s parents could have seen their firstborn son as a disappointment many years before, when he was just a baby. Before Raj was born, they had great plans for him, but as their infant son grew, they discovered he was blind. In a culture where people with disabilities often face stigma and lack access to needed resources, Raj’s blindness shattered his parents’ expectations—and aroused scorn from their neighbors. People gossiped that Raj’s condition might have resulted from his parents’ sin.