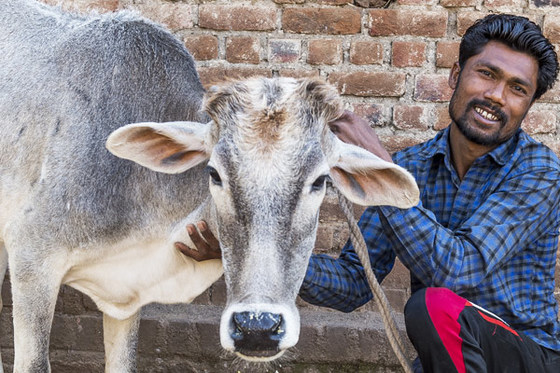 Giving Them What He Never Had

Imagine growing up without a father and being belittled and jeered at for it. Imagine growing up knowing nothing but hard, backbreaking work just to eat. Imagine never escaping the choking cycle of poverty from childhood to adulthood. Tavish doesn’t have to imagine—he lived this life.

Bereft of a Father

Tavish’s father passed away when he was only 3 years old, leaving his mother and older sister to fend for the family.

“I have absolutely no memories of my father,” Tavish says. “I don’t know what he looked like, and even my mother hasn’t told me much about him.”

The role of breadwinner fell to Tavish’s mother, Jamini, who took cleaning and daily labor jobs to earn what little money she could. When he was old enough, Tavish also helped, laboring alongside his mother and sister in the fields. From morning till evening, they worked, making only $1 (USD) a day.

The years passed, and Tavish married and had two children. He wanted to give his children a future of their own—one he never had—but he didn’t know how. Tavish’s father hadn’t been around to guide him, and Tavish hadn’t gone to school, which would have provided some direction.

A Meeting of Providence

One day, Pastor Naimish was walking in the village when he passed Tavish’s worn house made of bamboo. After striking up a conversation, Pastor Naimish learned of Tavish’s struggles. Every year just to provide, Tavish took his family to another state in hopes of finding a decent income. For four to six months out of the year, Tavish and his family joined hundreds of others harvesting sugarcane. Even his children, Pavitra and Danvir, helped in the fields, instead of attending school as Tavish wanted.

However, they only earned the equivalent of $100 (USD) in those months—barely enough for the family to survive.

Tavish told the pastor about his childhood, about the tragedy and turmoil surrounding his early years. He worried for his children’s future; if they couldn’t go to school, they would remain trapped in the same cycle of poverty he was in. As Pastor Naimish listened, sadness filled his heart—this was a family that desperately needed help.

For many months, the pastor and believers prayed asking the Lord for guidance on how to bless Tavish and his family. The answer came in the form of a cow. 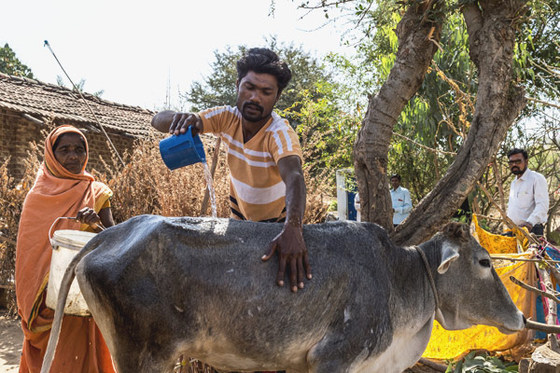 When Tavish (pictured) received a cow at a GFAsupported gift distribution, which later gave them a calf, the future of his family changed. Selling milk each day has provided Tavish a steady income—enough to send his children to school

Tavish wasn’t the only one in the village who received a life-changing gift. Naimish and the believers also helped provide income-generating gifts to four other families.

“We, as a church, are trying to address the problem of unemployment by giving away these gifts,” Pastor Naimish says. “We are trying to transform the lives of those individuals and help them find a source of income.”

The cow Tavish and his family received provides milk every day, which Tavish sells. With his earnings, he has enough money to send his children to school with every book and supply they need—which he has always wanted to do.

“I don’t need to worry about their future,” Tavish says. “I can be settled here, and I can be with my family.”