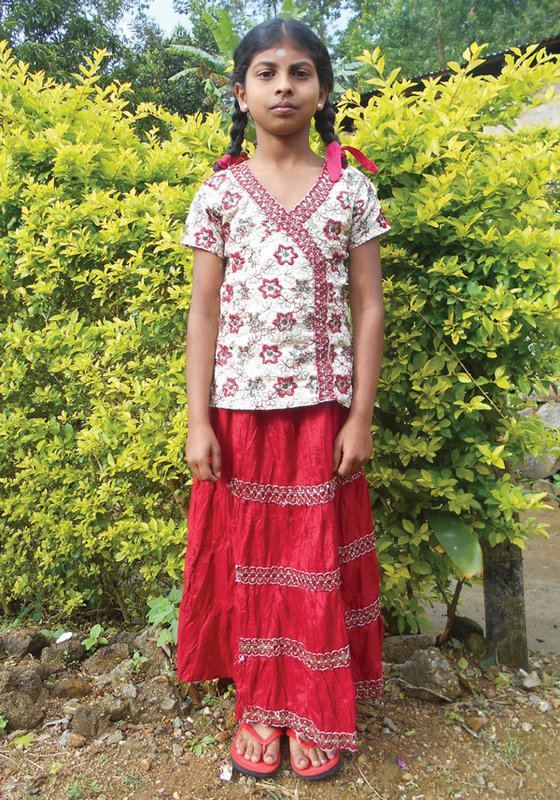 In the midst of a violent and chaotic family situation, Keva (pictured) found safety and a nurturing environment at her Bridge of Hope center.

Keva gets good grades in school, which isn’t surprising for a hard-working student. But those grades can never show how much she has overcome to get an education—or even to survive.

Keva’s family scraped by on her mother’s wages as a tea estate laborer, and most of her older siblings dropped out of school at a young age. Even worse than poverty, though, abuse and abandonment marked Keva’s early years.

Keva and her siblings lived in fear of their father’s drunken rages. When he came home each night, he lashed out on the family with a wooden stick. Keva often did her homework in the kitchen, where her mom could protect her.

While still in this volatile situation, Keva found a place of stability and opportunity in 2014, when she joined GFA’s Bridge of Hope Program. Bridge of Hope provided Keva’s school fees and supplies and a daily nutritious meal. It also gave Keva a safe place to go after school, along with the tutoring she needed to thrive academically.

Embracing Hope in the Fallout

Life began to change all around Keva. Her older siblings got married and moved away; her mother succumbed to health complications and died when Keva was still a preteen; and Keva’s father continued to drink and eventually moved to another city.

After Keva’s mom died, the girl found a safe home with an aunt. Keva also found continued refuge and stability at the Bridge of Hope center as her world turned upside down. Keva loved going to the center, where the staff nurtured her with kindness.

Through the staff members’ love, Keva realized there was a God who loved her. She prayed daily for her siblings and even her father. She knows Jesus Christ changed her life, and she believes the Lord will change him, too.

“Even though I was let go by my earthly parents and had no one to care for me, Jesus and my teachers love me, which changed my life,” she says. “Now I have peace and happiness to think about my future, as well as to complete my studies.”