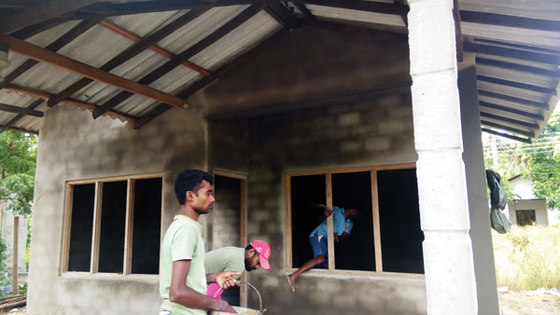 Sabeena and her daughters desperately needed a safe place to live. When officials in her community reached out to a GFA-supported leader for help, he mobilized the church to help build her a home of her own.

Building a House of Hope

Sabeena’s primary concern was keeping her girls safe. At ages 6 and 11, they were vulnerable without a father’s protection. The death of Sabeena’s husband reduced the family to poverty, forcing them to live in an open hut. Sabeena was scared to find daily labor work and leave her girls alone and unguarded from evil influences. 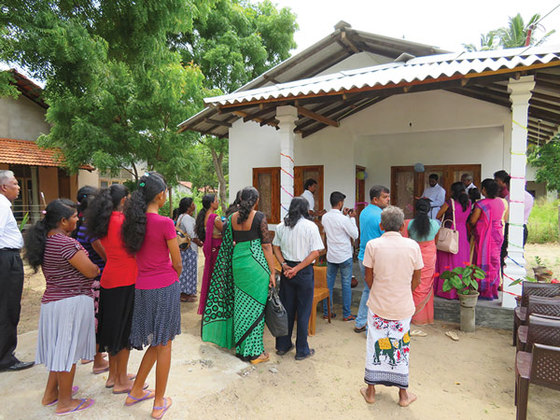 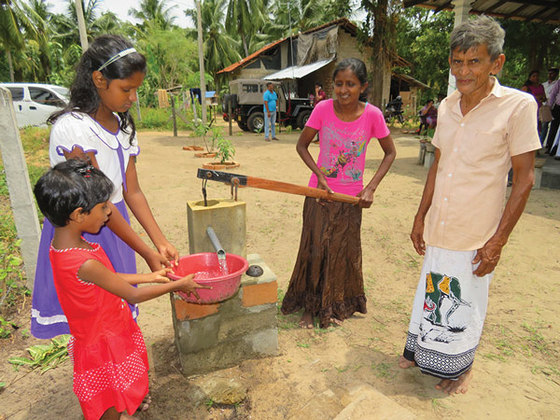 For nearly 10 years Sabeena held together her struggling family. Though she was illiterate and unskilled, monthly rations from the government allowed Sabeena to feed her girls daily. She got them to school on a bicycle given by villagers, and Sabeena’s neighbors allowed her to draw water from their well for cooking and bathing.

Pulling Together to Build a Home

Despite the help Sabeena received, she still desperately needed a better living situation. Individuals in the community pulled together to help her but could not raise all the needed funds to build a proper home for Sabeena and her girls. Local officials asked several organizations to help the poor widow, but they received denial after denial.

Then one official reached out to a GFA-supported pastor and told him of Sabeena’s need. When the pastor heard of the family’s desperate situation, he mobilized the church to help build them a house.

On July 13, Sabeena and her daughters, surrounded by the neighbors and local officials who had done so much for them, rejoiced as Pastor Jyotis dedicated their new home.

“I am privileged to witness a great act of kindness for a poor widow in my division, which brings lots of joy to me,” said one local official. “There is not even one Christian in this village, but when I sent an appeal for help to [a GFA-supported leader], he responded positively without hesitation looking at the urgent need of this poor family. … According to the Bible, as I heard today, Jesus has commanded that first you need to help the poor, widow and the orphan, which I witnessed with my own eyes.”

With tears in her eyes, Sabeena thanked Pastor Jyotis.

“I now believe there is a God who really cares for people after I experienced it today,” she said.