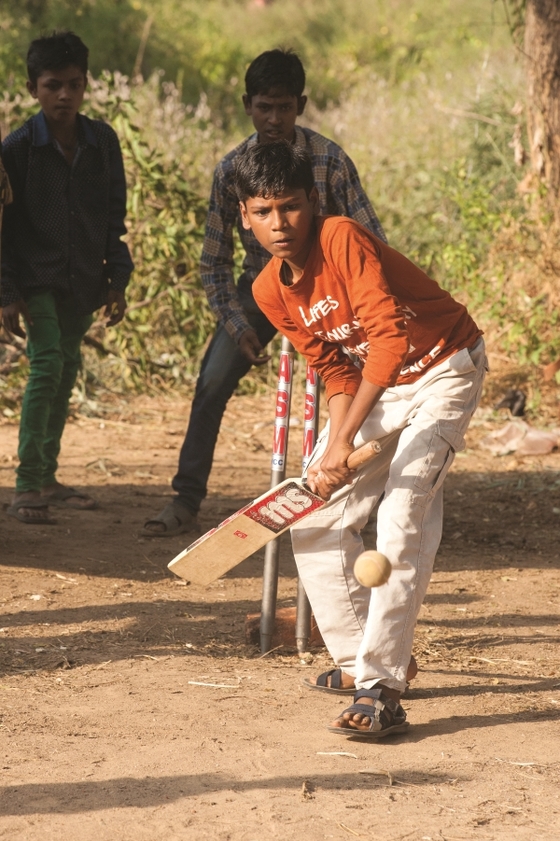 Cricket and other games once seemed to be Aahlaad’s only interests in life. Now, through Bridge of Hope, he is motivated to learn and pursue a brighter future!

Aahlaad enjoys playing cricket, but it no longer trumps going to school. Until a few years ago, however, it seemed Aahlaad wouldn’t even make it through school. Like many children in his community, Aahlaad didn’t value his education—and he was on a path that could have ended in poverty, criminal activity or worse.

The green fields and trees backdropping Aahlaad’s community contrast the dearth of financial opportunity. For most families, the struggle to earn a living means both husband and wife work as daily wage laborers. Many husbands in the community drink heavily and fight with their wives. Illiterate themselves, these parents don’t instill in their children a desire to learn and excel in education.

Because of the lack of parental guidance, children often roam about town with their friends instead of going to school. Their childhoods are exposed to fighting, tobacco, alcohol and theft. Sometimes, to earn money, children end up working in factories, hotels or shops.

Aahlaad was one of these wandering children. Burdened by their own struggles, Aahlaad’s parents didn’t notice how their son was spending his days. Aahlaad’s mother tirelessly cared for her family, preparing food, cleaning dishes and washing clothes, while Aahlaad’s father worked as a taxi driver. Many days, Aahlaad’s father would come home drunk after a long day’s work and fight with his wife, sometimes beating her.

This traumatic home atmosphere juxtaposed the carefree way in which Aahlaad spent his days. He would lie to his parents, saying he was going to school when he was actually going to play cricket, soccer or other games with his friends. Sometimes they played all day, and Aahlaad came home pretending he’d been at school.

Aahlaad not only played hooky but also took advantage of his parents by stealing from his mother’s purse to buy sweets and treats.

“I used to be very naughty,” he admits.

When a group of GFA-supported Sisters of Compassion moved to the area, they noticed the lack of good education and parental guidance surrounding them. They asked for a Bridge of Hope center to be established in the area, and before long, Aahlaad and his older sister were enrolled. 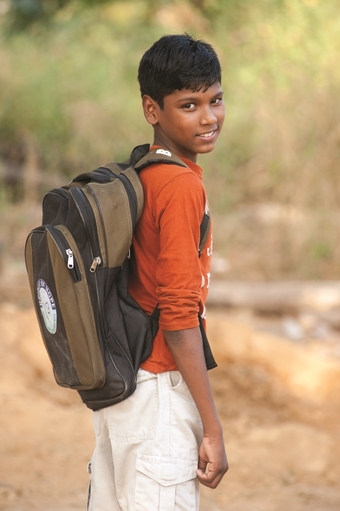 More than 100 children attended the Bridge of Hope center along with Aahlaad and his sister. Six days a week, the kids benefited from in-depth teaching and a nutritious meal, things they wouldn’t have otherwise received. Aahlaad especially appreciated the extra help in math and science. In addition, the children received needed items, such as school uniforms, book bags, toothpaste, hair oil, plates and blankets.

“When I get things like this, it encourages me,” Aahlaad says, “because my parents are not able to buy all these supplies ... so when I get these things from Bridge of Hope, from our teacher and our staff, I feel so encouraged and so happy.” 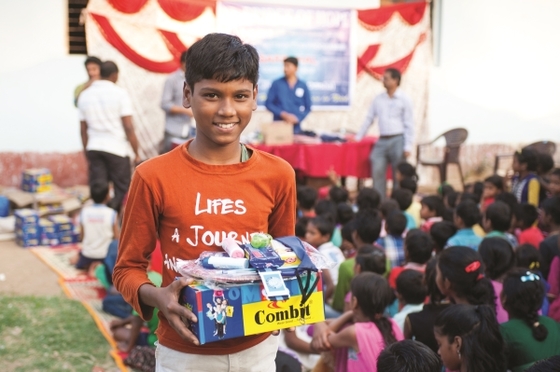 The care and respect Aahlaad experienced in the Bridge of Hope center has made a profound impact on his life. He has learned important life values, received practical gifts for his well-being, benefited from crucial tutoring for difficult school subjects—and much more!

Gradually, the Lord began to work in Aahlaad’s heart. During the assembly time each morning at the center, Bridge of Hope staff shared about moral values and good hygiene. Aahlaad heard why it was important to keep clean and to not steal, lie or quarrel with other people. But more than just receiving knowledge from the staff members, Aahlaad was impacted by their care and concern.

As Aahlaad learned from the staff and experienced Christ’s love in them, his behavior changed. Now he takes his education seriously. He doesn’t skip school anymore or steal from his parents, and he spends time studying. He still plays outside but stops when it’s time to go to Bridge of Hope. In contrast, some of Aahlaad’s former playmates still roam the streets. When they call out to him to play with them, he tells them he has to go to school.

Although Aahlaad no longer prioritizes play over school, he finds plenty of fun at Bridge of Hope. Aahlaad enjoys the knowledge quizzes and singing and dancing competitions held at Bridge of Hope. He also looks forward to the annual field trip Bridge of Hope organizes, during which the students have a picnic and visit an educational site.

Aahlaad knows his parents would not have been able to afford the opportunities he’s receiving at Bridge of Hope, and he’s grateful for those who are investing in his life.

“If I had not come to the project center, I would not have been able to study seriously because of lack of finances,” Aahlaad remarks.

Aahlaad’s childhood mischief could have led him down a deeper, darker spiral of troublemaking or even into child labor. Because of Bridge of Hope staff members who’ve shown God’s love through their compassion and teaching skills, Aahlaad now values his education, holding the high aspiration of becoming an engineer. This once-truant boy’s future gleams bright with promise. 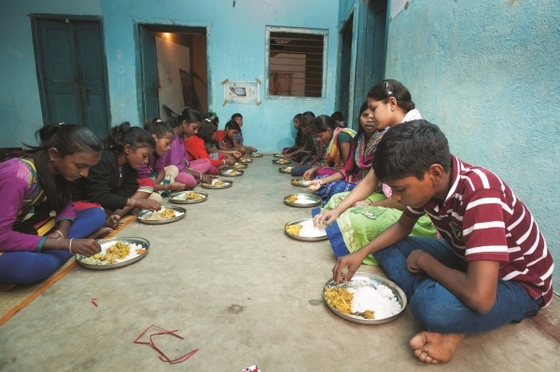 Thank you for helping children like Aahlaad to receive an education that will help them understand their value and purpose in life! Through you, many children are now able to dream big.

Previous: Debt and Death Leave a Wake of Despair

Next: Discovering the God Who Is Big Enough