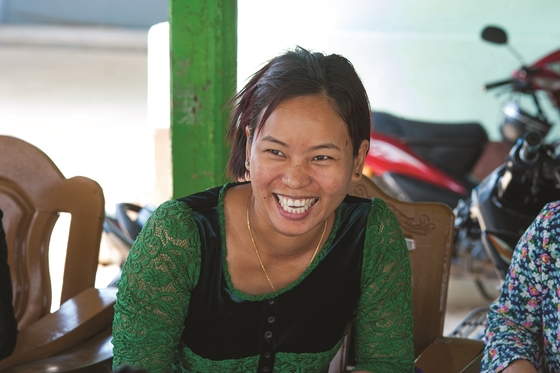 Sadly, suicide rates are extremely high among women in some parts of Asia. But as women like Saneh (not pictured) discover their worth in Christ, they find a reason to keep living.

From Suicidal to a Smile

Saneh had endured her stepmother’s scoldings and her father’s punishment every day for many years. The harsh treatment at home made it difficult for her to function at school and around others. She had no friends. Bitterness, loneliness and disappointment filled her life. She didn’t want to live anymore and thought about suicide. When her aunt saw Saneh’s miserable state, she brought her home to live with her, but still Saneh felt hopeless.

Two years later, Saneh had unexpected visitors: a group of women from the local Women’s Fellowship. Saneh heard joyous news from them. As Saneh heard about the love of Jesus, she began to open up about her troubled life. She was encouraged from God’s Word, and the team prayed with her.

Saneh had never heard words like these before. She wanted to hear more and gladly took some of the literature they had with them. As Saneh read about this love she had long been lacking and contemplated what the women had shared, Christ touched her heart.

A week later the women visited her again, and they could see the change on Saneh’s face. She is now smiling and filled with hope—all because she knows that Jesus loves her!

Next: From Stealing to Star Student