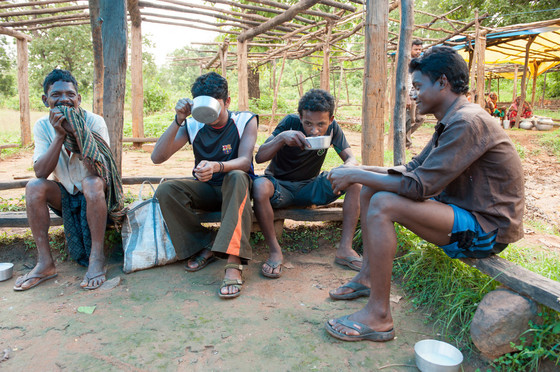 Drinking alcohol is a common pastime for many young men in Asia. Taral (not shown) left the church as a young man to follow such exampless—eventually landing him in jail.

When Taral’s first child became seriously ill, Taral didn’t call upon the gods of his wife’s religion—he immediately called Pastor Havish and asked him to pray.

Pastor Havish hung up the phone. Taral’s baby, only 2 months old, was sick. Taral asked for prayer, and Pastor Havish, as he had done countless times over the past 15 years, went to visit his wayward friend.

Taral and Havish had known each other since Taral was a young boy. At the age of 13, Taral decided he wanted to become a Christian, even though no one else in his family shared his convictions. Sadly, as the years passed, instead of following the example of Jesus by loving God, loving others and serving his society, Taral began following the example of some local hooligans.

At age 15, he dropped out of school, stopped going to church and started spending his time pursuing his own desires. Pastor Havish didn’t give up hope for the young man, though. He visited him several times, counselled him, prayed for him and encouraged him to mend his ways, but Taral refused to change his course.

Things took a drastic turn when Taral and his friends decided to steal a vehicle. They drove it to a town about 72 km away, scrapped it and sold it for parts.

For three months, Taral lived the high life with all the money he had . . . until the police caught and arrested him.

But Pastor Havish didn’t abandon his young friend. Instead, he continued to visit Taral in prison, encouraging him to forsake his criminal lifestyle and find new life in Jesus.

Sadly, after being released nearly eight years later, it seemed Taral would only continue to waste his life away outside the prison bars: He spent his days with his thug friends. Pastor Havish visited him again and again, praying for him, counselling him and advising him to change his ways and start his life fresh with Jesus in the lead.

Eventually Pastor Havish succeeded in persuading Taral to leave the gang life and even helped him get a job in a factory. As the days passed, Taral pondered the pastor’s persistent love and challenging words more and more.

Then one day Taral met a young woman, and the two of them decided to get married. Taral’s wife didn’t believe in Jesus’ grace, and her influence had a powerful effect on her husband.

But when Taral’s first child became seriously ill, Taral didn’t call upon the gods of his wife’s religion—he immediately called Pastor Havish and asked him to pray.

Pastor Havish rushed to Taral’s home to pray for his son. After that, Taral and his wife took the baby to the doctor, who declared the infant to be perfectly healthy. 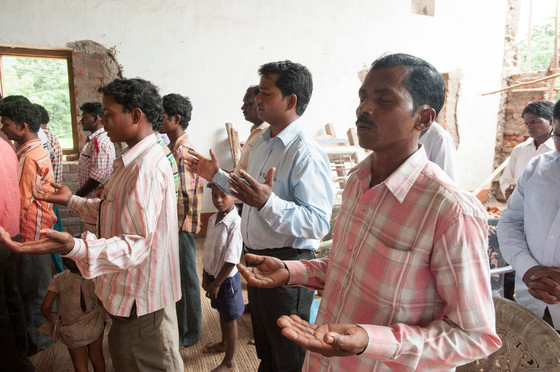 Taral has a criminal background, just like this man on the right, but that hasn’t stopped local fellowships of believers from loving and accepting them.

Taral’s wife started to realize the power of God that day, and both of their lives soon changed completely.

Although they were a little shy to interact with believers because of Taral’s criminal background, Taral and his wife decided to go to church the following Sunday. Pastor Havish, as he had done throughout Taral’s life, encouraged him, prayed for him and showed him the love that comes from above—the all-surpassing love of God who loves even those who wander and stray. It wasn’t long before Taral and his wife decided to stop running from Jesus and walk with Him instead.

We pray this story encourages you to continue faithfully in all that the Lord has given to you—whether that means praying for loved ones, sharing Jesus’ love with strangers, giving financially to support national missions or many other things. As Pastor Havish says, “When we sow, the Lord will take care of the crops.”

Thank you for sowing into the lives of men and women in Asia through your prayers and generosity. May the Lord bless you abundantly.

Next: A Life They Couldn’t Afford