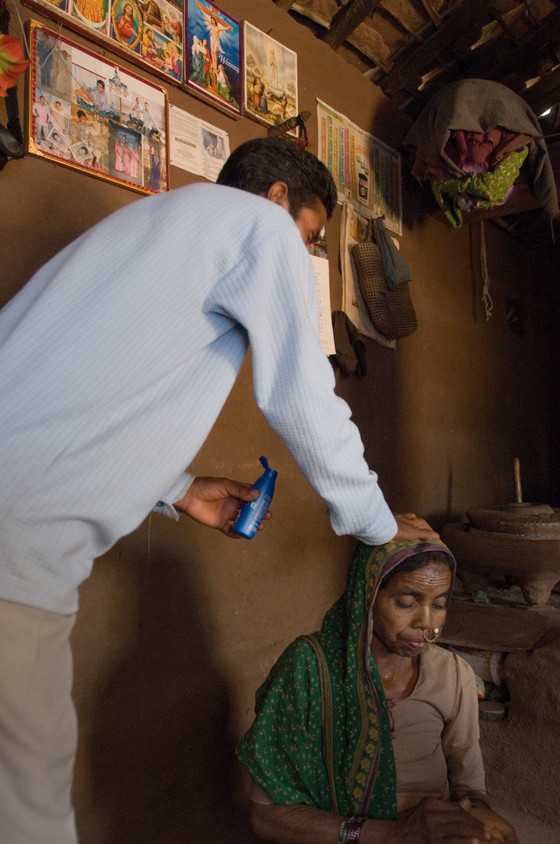 Four siblings crowded together over their mother’s sick bed, crying out to Jesus on her behalf. She could hardly move, and she couldn’t speak. No one knew what was wrong, but their father had a theory: Their ancestral gods were upset and had decided to punish them. The only recourse, he told them, was to turn their backs on Jesus and seek the forgiveness of their former deities.

But Atal and his sisters held fast to Christ, much to their father’s anger.

“Haven’t you learned your lesson?” Atal’s father yelled. “When you come back to your original faith, your mother will be well.”

It was only a few months earlier that Atal, his siblings and his mother, Serena, had come to understand the great love of Jesus through conversations with a GFA-supported pastor named Deenbabdhu. So when Serena fell ill, Atal and his sisters contacted Pastor Deenbabdhu and explained the situation. He immediately rushed to their home to pray for Serena.

When the pastor entered their home, he encouraged the children not to worry but to trust in the Lord, and he shared how God is able to do mighty things. Atal’s father walked out of the room, ignoring the pastor’s words, but that didn’t stop Pastor Deenbabdhu and the rest of the family from praying.

Pastor Deenbabdhu anointed Serena with oil and stretched out his hands over her in prayer. He and the four siblings asked God to heal their mother. And God, in His mercy, answered— much to their surprise and joy!

Even Atal’s father couldn’t ignore the miracle, though he is still hesitant to admit it publicly.

Atal and his siblings, through this answered prayer and the encouragement of their pastor, are walking even closer by the Lord’s side every day.