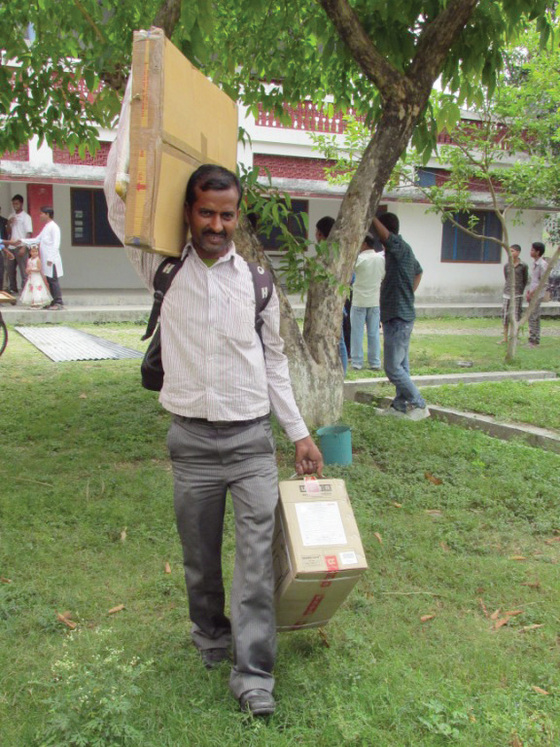 This man also received a sewing machine at the same Christmas gift distribution as Asin.

Contagious smiles and joyous hearts filled the open-air gathering. Bicycles, sewing machines, blankets and a host of other practical gifts were received with open hands. A message of eternal hope, found in the Word of God, hit the ears of all who attended. The love of Christ brought 540 families together, while impact and transformation awaited just around the corner.

“Due to that, I was not able to stitch the clothes. But I thank God for [Gospel for Asia] for having concern toward me and giving me a sewing machine.”

Another life touched by this Christmas gift distribution was a man named Raksa. His family survived on his daily labor wages and lived in a mud house that often had a leaky roof during the rainy winter season. Through the distribution, Raksa received 10 tin sheets. Now he can keep his family warm and dry during the winter!

Because of faithful supporters and committed prayer warriors like you, precious people across the globe are receiving practical gifts and hope for tomorrow in Christ!

Previous: A Jacket Can Change a Life