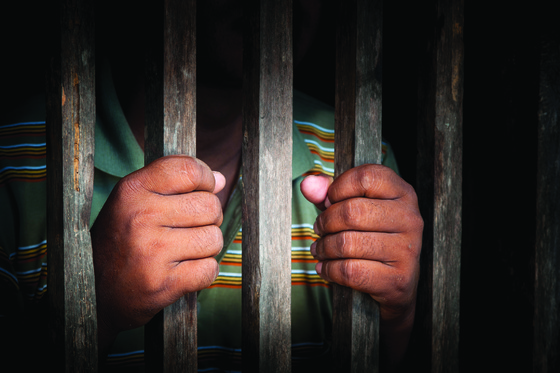 When Pastor and Murderer Meet

Kyine Kyi had his first swig of alcohol when he was 14 years old. Drugs were added, and before long, these two substances dominated the mind of the young man. Eight years later, Kyine Kyi had become a violent drunkard. After an intoxicated showdown with another man, Kyine Kyi staggered away only to discover later that the other man never recovered from the fight. At age 22, Kyine Kyi had become a murderer. He was put in prison and then transferred to a centre far from his home. It seemed he would spend his days alone.

For several years, a Gospel for Asia-supported pastor had been serving in the area where Kyine Kyi was incarcerated. He had even started a special children’s class for more than 80 local children, teaching them how to read and write, and also sharing the love of Jesus with them. But the pastor, Nandar Mon, had a special place in his heart for the men locked up nearby, prisoners not only in body but also in spirit.

Pastor Nandar Mon often visited the prison to pray for the inmates and to share the hope of spiritual freedom found in Christ. The pastor called upon his church to fast and pray for the inmates, which they did gladly. On many occasions the believers even joined the pastor to visit the inmates and encourage them from God’s Word. On one such visit, Pastor Nandar Mon met Kyine Kyi, a man imprisoned by his addictions, his guilt and his shame.

After Kyine Kyi had served his sentence, the prison leaders brought him to Pastor Nandar Mon’s doorstep. Pastor Nandar Mon opened his home and cared for Kyine Kyi. He prayed with him and told him of the freedom found in Christ, sharing from the Bible about the nature of God and His offer of adoption. Kyine Kyi couldn’t resist God’s love. He decided to embrace the life Christ offers, and as he did, he found true freedom—not only from alcohol and drugs, but also from sin and shame. Pastor Nandar Mon was able to disciple the young man closely, and a few weeks later, Kyine Kyi returned to his home village a changed man.

Thank you for being among those who pray for men like Pastor Nandar Mon as they minister to those in bondage. Through your prayers, sacri ces and generosity, people like Kyine Kyi are discovering the true freedom found only in Christ.

Next: Clean Water Flows from Rocks