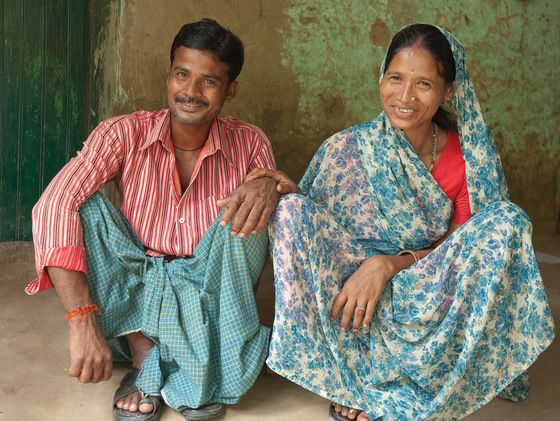 Free for Life and for Eternity

No matter how hard he tried, Sundrit couldn’t free himself on his own.

As an alcoholic and a drug addict, Sundrit experienced the effects of his habits on a daily basis. He tried to quit in the hopes of creating a better life for himself and his wife, but severe withdrawal symptoms prevented success. Without drugs, Sundrit felt like he would die.

In desperation, he asked a medical doctor for help. Sundrit took the medicine the doctor prescribed but soon realized that, although the medicine could treat the symptoms, it could not free him from his addictions. Whenever Sundrit tried to stop taking the treatments, his cravings returned.

Then one day, a woman in Sundrit’s village introduced him to her nephew, Dhir, who belonged to a Gospel for Asia-supported film team, and Pastor Raahi. The men invited Sundrit to watch a movie about Jesus that they planned to show in the village that evening.

After the film showing that night, Dhir and Pastor Raahi offered to pray for the villagers who had gathered there. Sundrit approached the two men and told them about his troubles and addictions. They listened earnestly and prayed for Sundrit.

Soon after, Sundrit started to attend the church where Pastor Raahi served. He came to understand the great love Jesus has for him and noticed a peace and joy in his own heart that had not been there before he knew about the Saviour.

Only 15 days after the men first prayed for him, God turned Sundrit’s life completely around. Unlike the occasions before when he had searched for freedom, Sundrit stopped drinking and taking drugs—this time for good.

“God delivered me from all the addiction,” Sundrit says.

In a matter of days, God’s love transformed Sundrit into a new man. When Sundrit’s wife noticed the complete difference in his character, she also decided to trust in the love of Jesus. Together, the couple is now growing in their love of the One who frees people.

Film teams travel far and put in long hours to show films on the life of Jesus.

“I am so thankful to God . . . and the fim ministry team,” Sundrit says. “God changed my life and has given me a new life.”

Thank you for making a difference in the lives of people like Sundrit. Through your prayers and financial support of Gospel for Asia ministries, many people across South Asia are hearing about the love of Christ for the fist time.