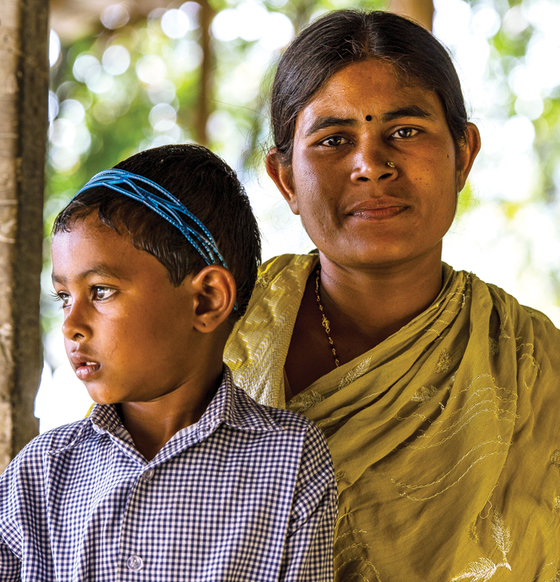 Why Her Daughter Won’t Get Married at Age 12

Ridhima couldn’t escape the pain of losing her child. Her in-laws blamed her for the baby’s death, pouring salt on Ridhima’s wounds.

Ridhima married at age 12. A few months later, she became pregnant. Ridhima’s in-laws told her a pregnant lady should work to be healthy and forced her to perform difficult chores around the house, including heavy lifting. Whenever she would rest because she didn’t feel well, they accused her of being dramatic to get out of work.

During Ridhima’s seventh month of pregnancy, her doctor said she needed to rest because there was a complication. But Ridhima’s mother-in-law dismissed the doctor’s advice. When the birth approached, Ridhima didn’t get to the hospital on time. The doctor had to perform a C-section to deliver the baby, but the child was dead.

Instead of comforting her, Ridhima’s in-laws blamed the young teenager for the baby’s death.

Before long, Ridhima had two children. But nothing could heal the scars of losing her fist baby—except the Comforter, Jesus Christ. After seeing Him deliver her father from the clutches of an evil spirit, Ridhima chose to trust in Him and began attending the local Gospel for Asia-supported church.

At the seminar, Ridhima learned many things about how women should take care of their bodies, especially during pregnancy, and why it was dangerous for women to get married too young. She realized, after so many years, why her fist baby had died.

Although she couldn’t bring that child back, Ridhima was grateful to learn more about health. She shared the new knowledge with her growing children and taught them how to take care of their bodies. She also made a firm decision to let her daughter attend school instead of marrying her off at a young age.

Now, with her knowledge about women’s health, Ridhima can help save future generations from the heartache she suffered.

Thank you for supporting Gospel for Asia’s Women’s Health Project. God is using your generosity and prayers to bring hope to the lives of women and girls in Asia.