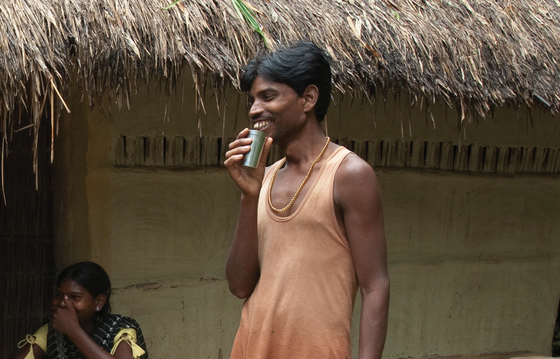 He Found Water for His Soul

Baru studied the hardened ground at his feet. The stream that freely flowed during the monsoon season had dried up once again.

This was the closest water source he and his neighbours had, and it was already a half of a kilometer journey. When it became bone-dry, it would be even more difficult for Baru and the rest of the villagers to get a drink of water. But all that changed when a Jesus Well was drilled in their village.

Baru grew up in a religious family that strongly opposed Christianity. His father prohibited him and his two sisters from attending any of the prayer meetings or services that were led by the local Gospel for Asia pastor, Pranal. Though not everyone was so openly critical of the Christian faith, most of the villagers were uninterested in what Pranal had to say.

Then Gospel for Asia drilled a Jesus Well in their village to provide clean, accessible drinking water. When the people saw this demonstration of compassion, their hearts softened. Baru’s family, along with about 150 other villagers, began to draw regularly from the well. They no longer needed to walk long distances in order to collect water for their daily needs, and the water from the well was clean and safe to drink.

Jesus Well Waters the Seed in His Heart

When the Jesus Well was drilled, Baru saw that the Christians had genuine concern and love for the rest of the village. He became curious about the God of whom Pastor Pranal spoke. Who was this God that the pastor worshipped?

Watch how a Jesus Well plays an important part of Pastor Ruben's Ministry.

When Baru came to him with the desire to know more about the Lord, Pastor Pranal gladly prayed for him and told him how God’s great love and forgiveness were shown through Jesus. Afterward, Baru began to read the New Testament and pray, and he listened to more counsel from Pastor Pranal. Over time, Baru realized his genuine need for the Saviour. He confessed his sins and chose to trust in the Lord.

Because his parents still despised the Christian faith, Baru attended church services in secret at fist. But as his faith grew, he started to share the love of Jesus with the people in his village. Even though Baru’s parents still did not know Jesus, God started a work in their lives. When they realized Baru was going to the church meetings, they didn’t oppose him but instead allowed him to keep attending.

God changed Baru’s life for eternity through believers like you who helped provide a Jesus Well. Thank you for your support to help bring the message of Christ’s compassion to people in Asia!

Next: Healed After 15 Years