Articles in this Issue 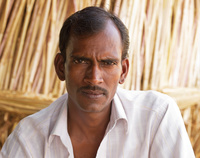 Manindra had lost all hope—hope his father would ever get better, hope he could find a wife and hope his family could ever have joy or peace again. Even though his family members faithfully followed their religion and all the customs and rituals that went along with it, nothing changed and they had no peace. Because of this, Manindra was no longer interested in following their religion. Years ago, Manindra&nbsp...

Kishori married when she was only 7 years old, not knowing her in-laws had a life-altering secret. When Kishori began living with her new family, she found out her mother-in-law and father-in-law had leprosy—a disease physically devastating &nbsp...

When this news reached Win Shein, the coordinator of the GFA Bridge&nbspof&nbspHope centre where Thet studies, Win borrowed money so he could take Thet to the hospital. After one week at the hospital, Thet’s conditi&nbsp...